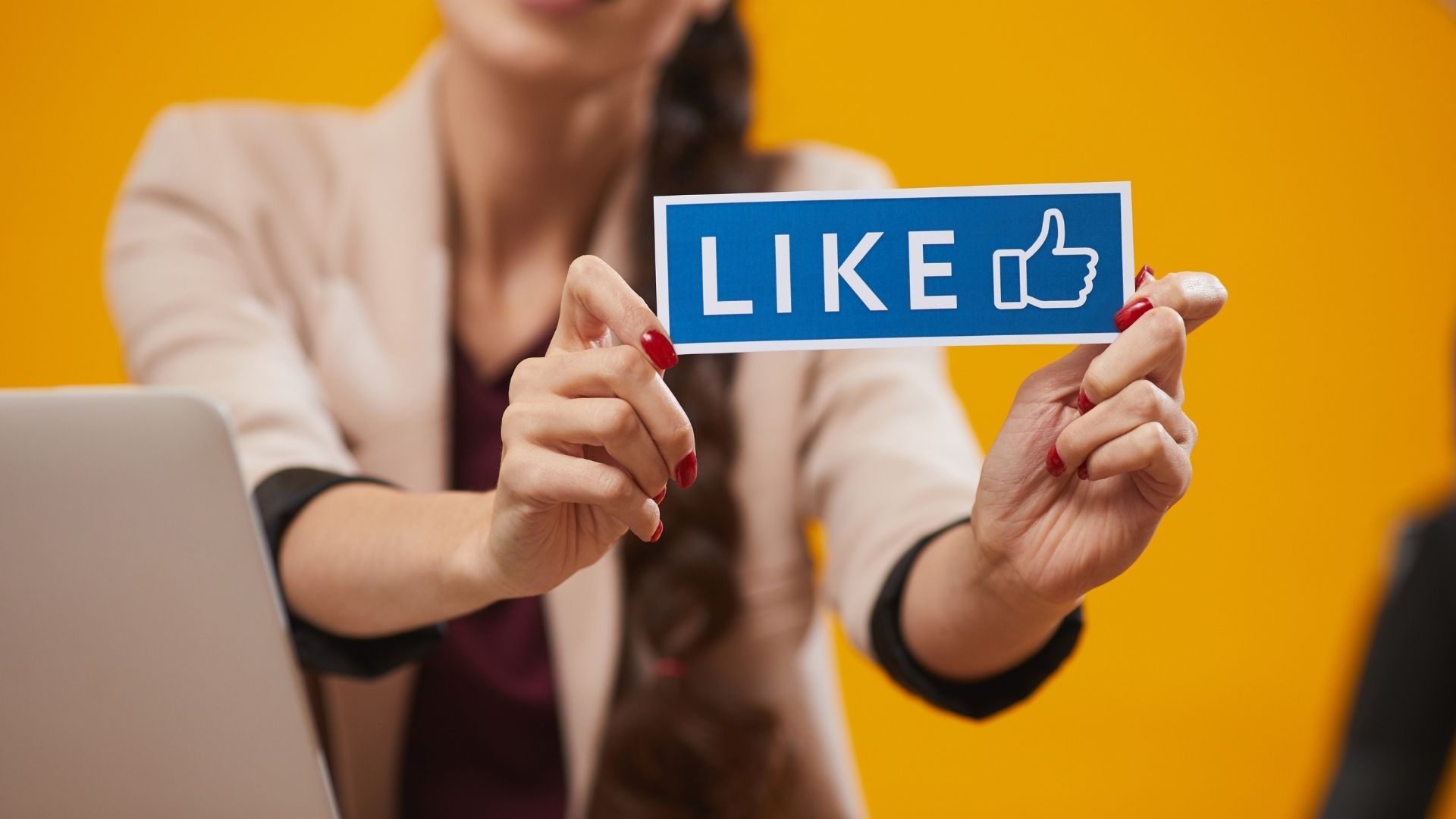 The one thing that digital marketers fear the most is a drop in engagement for the brand they are managing. To ensure that the brand is constantly within the peripheral vision of a highly engaged audience, these managers rely on influencer marketing to get the job done. While some of these campaigns just about get the job done, some collaborations are so symbiotic that they are a blockbuster success. This three-pronged symphony between the brand, the influencer(s), and the audience serves as inspiration for future campaigns for its inherent ability to be informative, entertaining, and engaging. With a constantly evolving algorithm, a campaign on Facebook might not succeed sometimes, but it makes all the effort worth it when it does work!

Influencer marketing campaigns have been a great success for brands on Facebook and you too can achieve the same for your brand!

Statistics show that over 70% of Facebook users trust influencers over traditional celebrities, while over 80% of the women trust influencers with their purchasing decisions. These factors should drive home the importance of influencers as the torchbearers of marketing communications. Based on the scale of the brand and the marketing goals, there are 2 ways in which these campaigns are formulated:

These are a single post, either static or video, with a limited and well-defined goal. These campaigns usually contain a single influencer with a niche audience that represents a sliver of the target that the brand is looking to engage. If a brand decides to use multiple influencers, they usually invest in an ongoing campaign.

These are a sequence of posts that form a series together and come under the umbrella of a unified campaign. They invest more financial resources into the campaign to spread brand awareness and capture as much of an audience as they can.

More common now, but do you ever wonder how influencers became a thing? 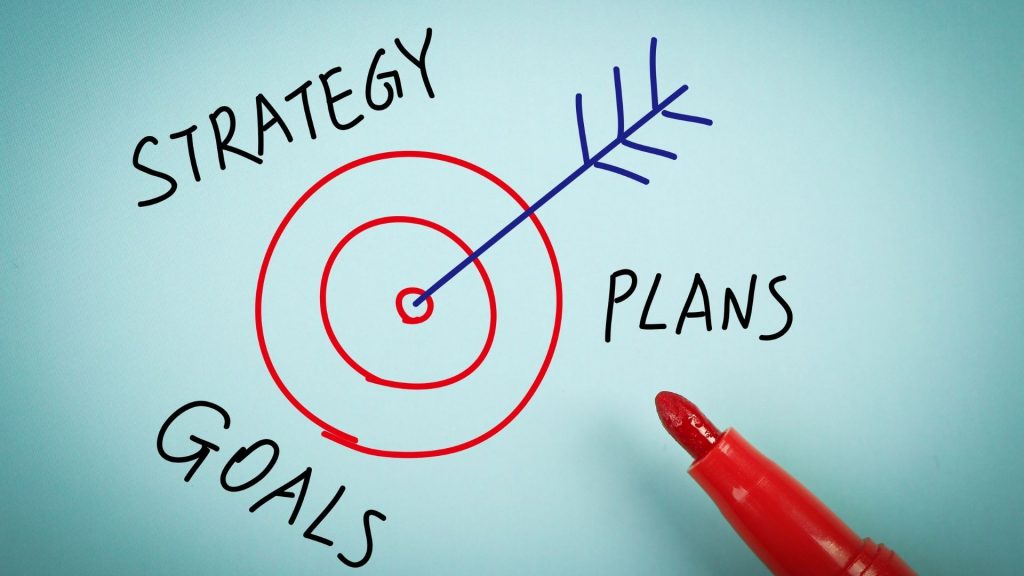 With the rise of niche markets, Loot Crate has established a niche with its subscription boxes of geek and gaming-related merchandise that is quirky, novel, and fun. In 2015, they collaborated with superstar internet trailblazer PewDiePie for a campaign called 5 Stuff Online that offered loyal fans a 10% discount with a specific promo code. With never-before-seen products like Bacon Toothpaste and Milk Soda, the collaboration was a perfect match and exactly the type of content that fans of the brand and the influencer enjoy. Not to forget, this was during PewDiePie’s ascent to the very top of the influencer game and credit to Loot Crate for their foresight.

Around 2015, Angry Birds had the whole world glued to their phone, attempting to launch these furry creatures to destroy a group of pesky pigs worldwide. This was around the same time that cooking, baking, and how-to videos became a rage on the Internet for DIY enthusiasts. It only makes sense that the two be combined and voila, we have a successful collaboration. The franchise makers leveraged the Internet star’s popularity with a curated line of adorable cupcakes and baked goods created on video. Not just that, just the live stream of Rosanna Pansino attending the Angry Birds movie premiere attracted more than 83k views and 5k social reactions.

Key takeaway: Collaborations need to be symbiotic and there needs to be an intersection between brand and influencer for there to be a true confluence of content.

Key takeaway: IInvest in research and invest in influencers early to reap their growth and engagement benefits.

Tanmay Bhat is one of the most popular influencers in one of the world’s fastest-growing online economies – India. To cater to the Indian palate, global fast-food giant Taco Bell launched the Crispy Potato Taco in a campaign called Make Potato Great to capitalize on one culinary insight – potatoes never get their due. Combining Tanmay’s comedic genius and love for food made this collaboration a no-brainer and the brand received over 24 million impressions online!

Key takeaway: All you need is one solid insight to drive a campaign and the engagement will follow!

This campaign is an example of a brand collaborating with someone who isn’t an inherent influencer but a part of their organization to bring forth their brand values to the online world. In 2014, B2B giant Agilent Technologies dedicated a campaign to their longest-serving employee, Joyce Bertozzi, who had completed 55 years at the company and its predecessor – Hewlett Packard. In a world where consumers find it harder to see the human angle in big corporations, this campaign was a breath of fresh air that went beyond economics and metrics to spread a message of humanity, happiness and appreciation. In 2019, they followed this up for her 60th year at the organization.

Key takeaway: Audiences love a behind-the-scenes look into a brand’s functioning. Feel free to involve employees as influencers for a campaign. 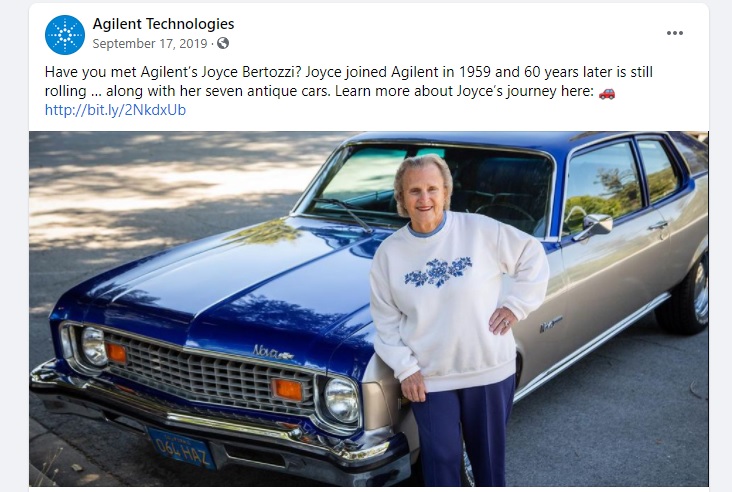 Ongoing campaigns – more than one influencer

While most of the modern world has moved to smartwatches, Daniel Wellington has stayed true to its niche roots by positioning old-school watch craftsmanship as a relevant art form.  By combining the reach obtained from influencers across the globe with classical influencer marketing strategies like hashtags, daily competitions, and freebies, they have dominated the online marketing space on Facebook, among other social media channels, for a few years now. According to studies, the brand has the most relevant mentions and followers among any watch brand on social media today.

Key takeaway: Stick to your core messaging no matter how much noise around you, and your true audience will relate.

When it comes to global online campaigns, it’s hard to match the Ice Bucket Challenge. What started as a fun way to raise funds for ALS or Lou Gehrig’s Disease, by The ALS Association took the world by storm EVERYWHERE. The spark was Boston college athlete Pete Frates who caught wind of it and started the trend. Think of any celebrity and they took part in the #ALSicebucketchallenge. From Donald Trump and Mark Zuckerberg to George W. Bush and LeBron James, the donations raised were macroscopic. They went beyond the realm of social media engagement to seriously help fight the disease.

Key takeaway: Invest in a genuine cause and it will resonate with people.

Beardbrand is a classic example of a modern brand that started with a set of content creators and stuck by them until they were bonafide influencers with engaged fan bases. Flipping the idea of male wellness on its head, Beardbrand has turned $30 into $100000 by helping men through their videos about grooming, wellness, lifestyle, and self-improvement. Their creators – Carlos Costa, Eric Bandholz, Jeff Buoncristiano and Greg Berzinsky now have thousands of subscribers online who trust them for their knowledge and simplicity. The brand has also been a game-changer with regards to crushing stereotypes around conventional masculinity.

Key takeaway: Trust your content creators and invest in them as they grow into massive influencers.

The Middle East has been a burgeoning ground for football fans for decades and Qatar has been leading the charge in recent years, with hosting rights for the 2022 Fifa World Cup and heavy investments in their local leagues. Qatar Airways, the main sponsor of several of these engagements, has been working hard on its social media game. The brand often features fans on their Facebook page who have become de facto celebrities and travel the world supporting football to connect with a contemporary audience. This is an extremely low investment source of content and shows the fans that they care for them.

Key takeaway: Involve your fans and use them as de facto influencers to tell a story.

To promote their Chinos collection among a younger, more socially engaged audience, Allen Solly’s #ShootForSolly campaign paired 11 eminent celebrities from different walks of life with 11 budding photographers to collaborate and create a spectacular campaign that put the focus on aesthetic excellence. The trend went viral instantly with more than 320,000 impressions on Facebook and a tangible spike in the sales of Allen Solly.

Key takeaway: Allow the influencers to take creative control and express themselves.

Creating ads is one thing, optimizing them for the best ROI is a whole different ball game! 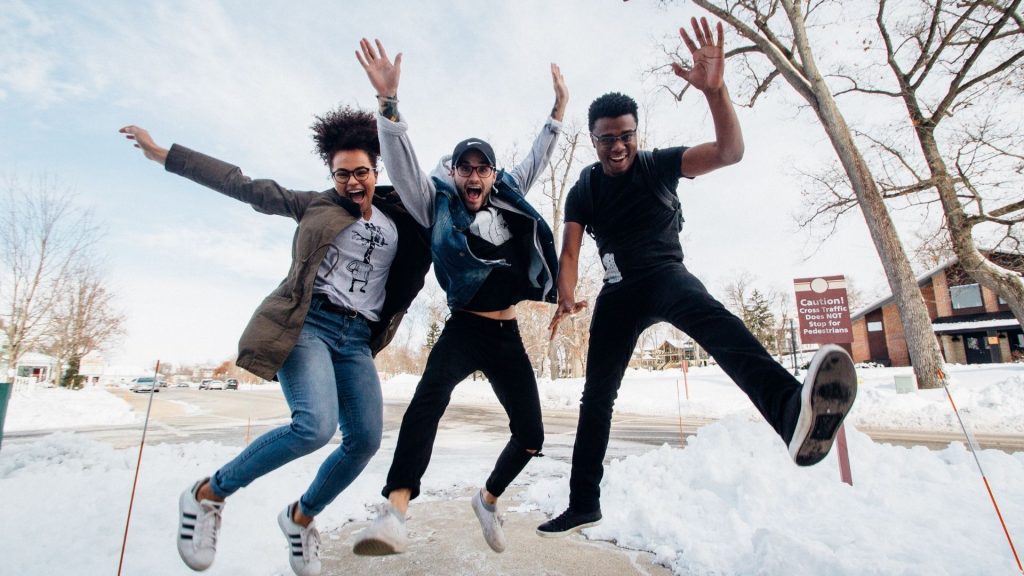 Gaining organic traction on Facebook is not impossible, but it sure is challenging. In a crowded marketplace with hyper engagement, forming an authentic and genuine connection with the audience requires brands to go that extra mile. Influencers play a key role here. Through well-executed and marketed campaigns, influencers tap into the fans’ psyche by creating an enhanced sense of trust. These campaigns are classics that took traditional brands and accentuated them in the minds of their fans exponentially through effective influencer marketing. 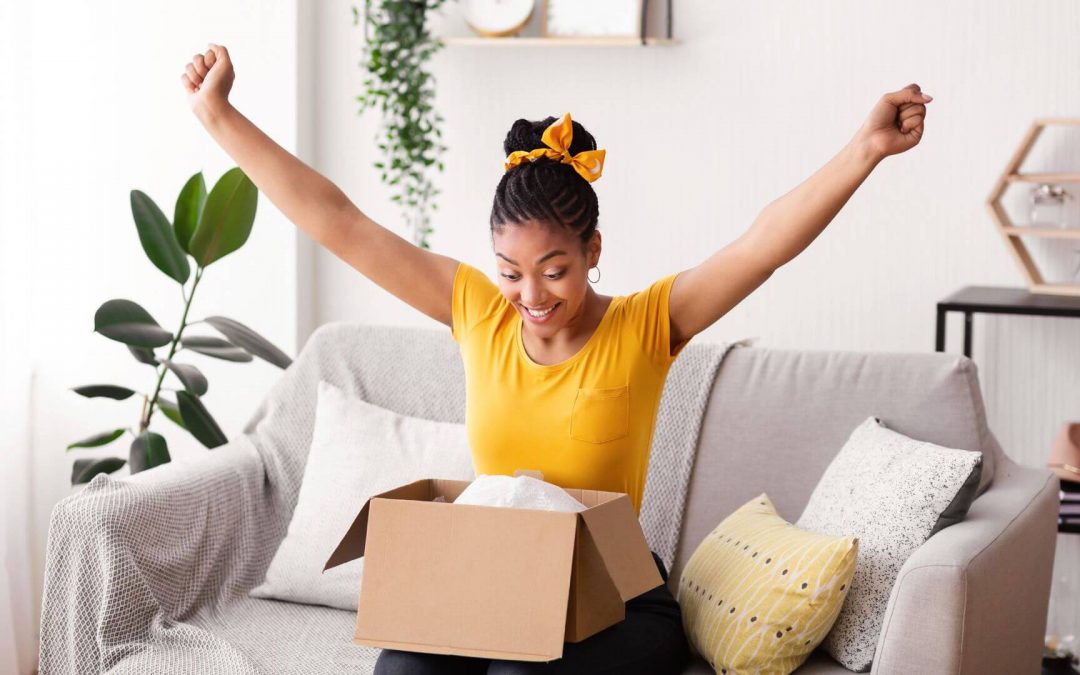 7 Techniques To Plan Your Influencer Seeding Strategy Like A Pro

The power of social media influencers is unlike anything else. They can compel their... 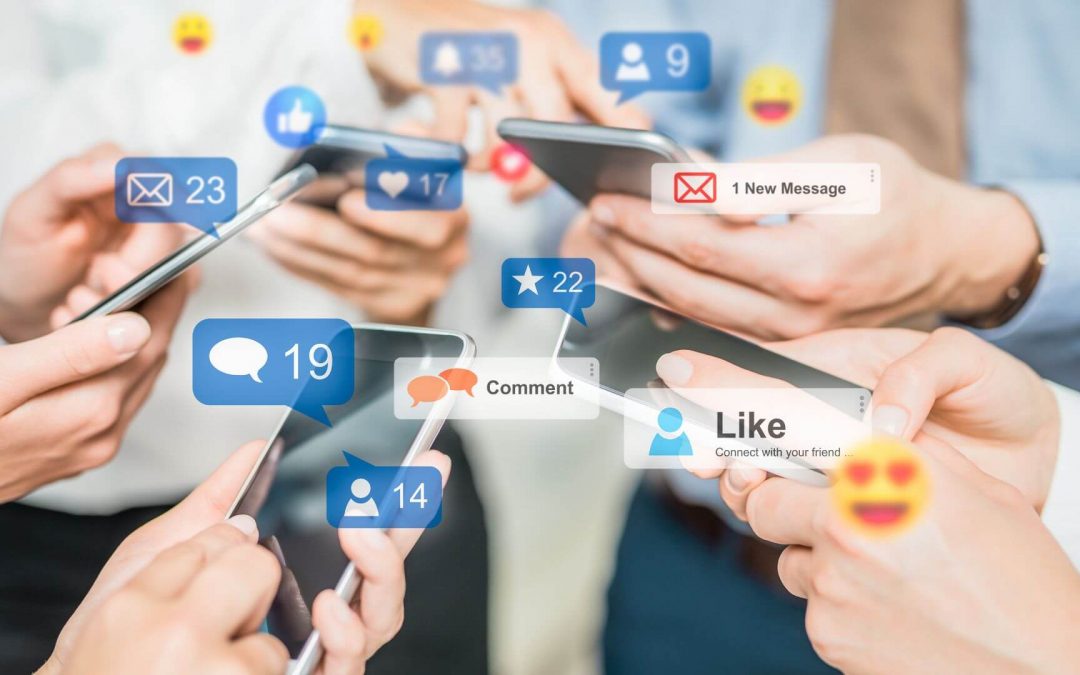 Almost all businesses, big or small, have a social media account. A robust social media... 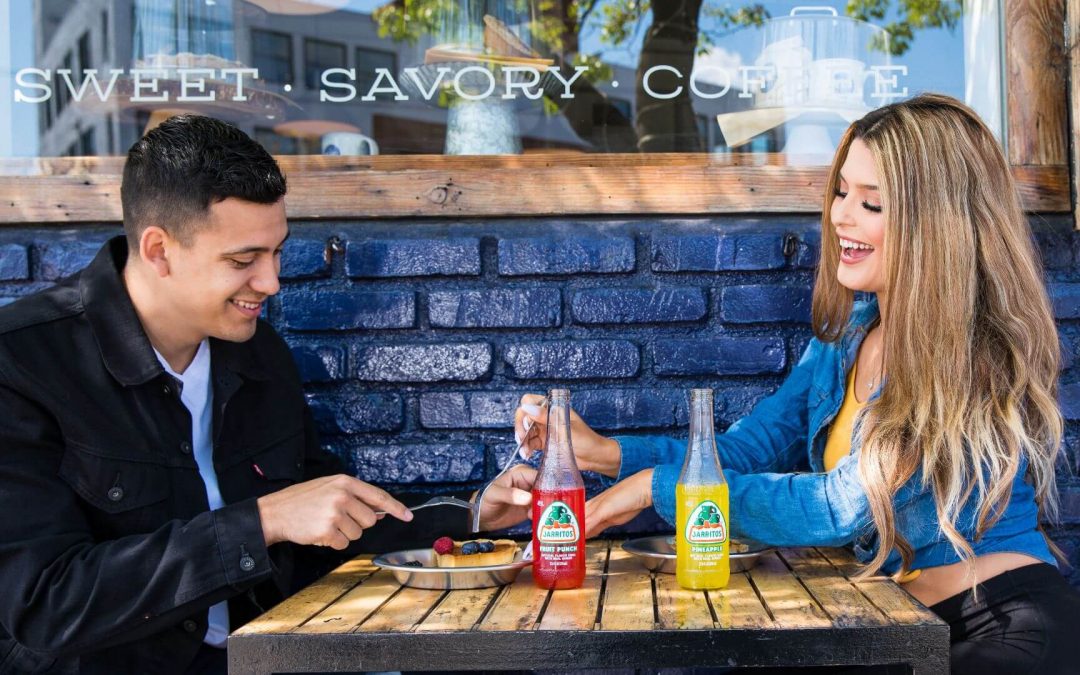 Brands learned years ago that bloggers and influencers could help them reach customers....