Why Influencer Marketing Is The Future 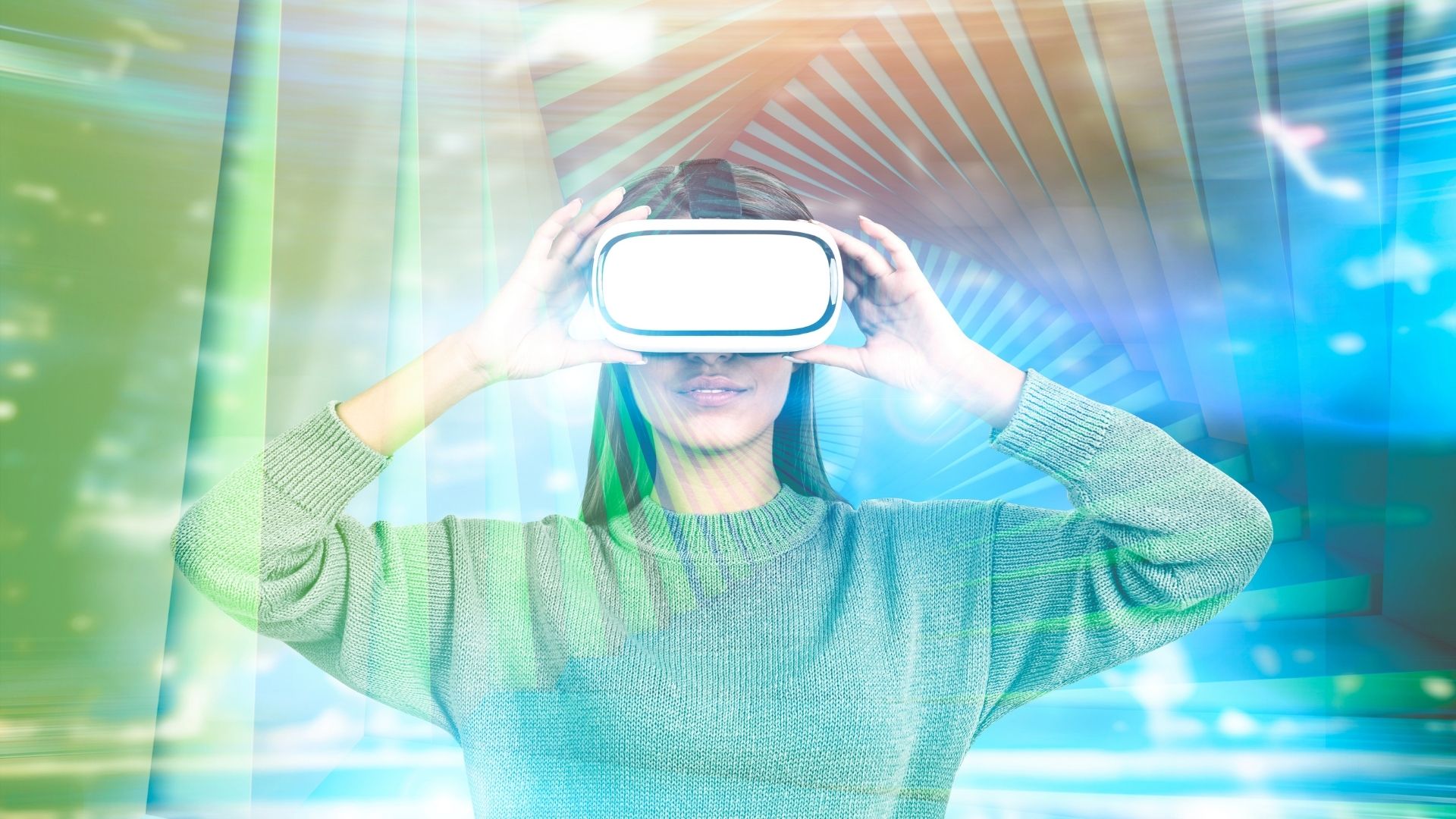 Influencer marketing – you either love it or you hate it. But you can’t deny that it’s rapidly changing the face of marketing as we know it. At atisfy, we think that it’s the future of marketing and shouldn’t be ignored. After all, our choices are swayed by influencers every day – whether we realize it or not.

Some people still ignore this new and unfamiliar marketing technique, citing that these “self-made celebrities” aren’t worth their time. But like many industry changes, it should be embraced if marketers don’t want to get left behind. So, why is it worth considering? Let’s delve into why influencer marketing should be a big component of every company’s digital marketing strategy for now and beyond.

What Is Influencer Marketing Anyway?

Influencer marketing advertises products and services through endorsements or product placements by well-known personalities (usually on popular social media platforms). Influencers are usually involved in a similar field to the brand they’re promoting and have a loyal following who trust their opinions on that topic.

Most companies invest in smaller influencers as they tend to be more authentic, have a more dedicated following and have a lower price than big names. For example, 96% of influencers in a 2019 study reported that they charged less than $1000 per post.

But why are influencers increasingly being chosen over traditional forms of marketing? There are a few reasons for this surge.

Clearly, influencer marketing is everywhere and it seems everyone is worried it’s a bubble! Read our blog: When Will The Influencer Marketing Bubble Burst? We lay out the case for and against it – and conclude that the influencer bubble isn’t likely to burst any time soon. For now, it can form a viable part of your marketing strategy to help you reach more users and improve your brand awareness. The industry is still booming and has proven to be profitable in many cases.

Thinking about hiring an influencer marketing agency? But first you need to know how they work. Delve deeper with our blog: How Do Influencer Marketing Agencies Work?

We’ll cover all of these in more detail below! Let’s start with one of the biggest areas of confusion – are there influencers that are actually accessible for my brand? 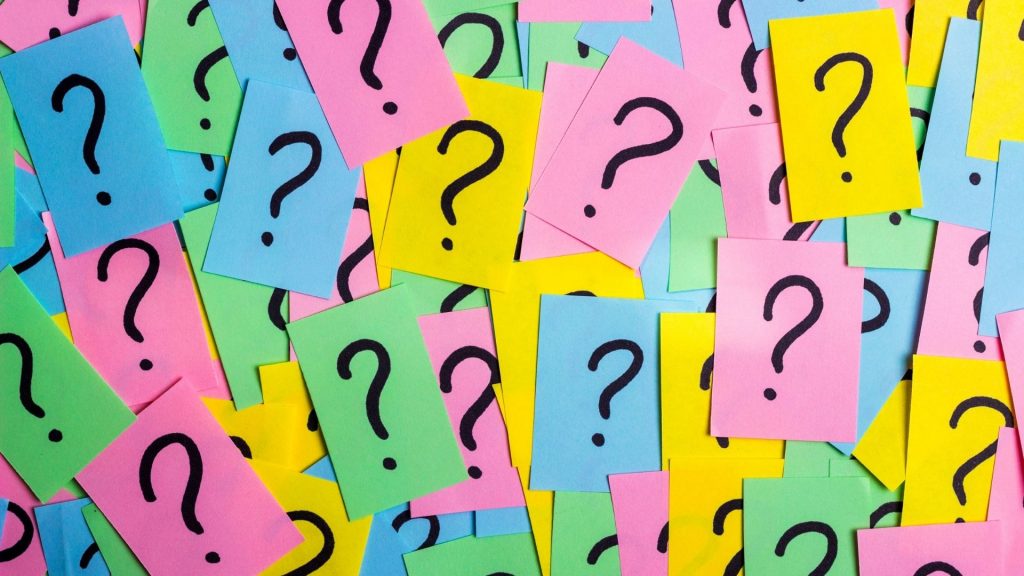 Influencers have been a big topic of conversation in recent years and the misconceptions about them are varying.

Take Kylie Jenner for example. A popular beauty business mogul and part of the Kardashian clan, she reportedly earns up to $1.2 million USD per post on Instagram in her role as a celebrity influencer. A celebrity influencer like Jenner will typically have at least 1 million followers on their social media platforms. Shared to her 160 million followers, these kinds of posts have a high chance of being seen by a broad audience.

To small and medium businesses, this is an unachievable goal that can put them off creating influencer marketing strategies altogether. And while investing in a celebrity influencer like Jenner would be amazing if financially viable, the truth is that these kinds of collaborations are usually naught but a dream for most brands. Fear not though, these types of posts are seen by many people but result in a very low engagement rate compared to smaller influencers. Let’s take a look at other influencer sizes that might be more suitable for you.

After the big names, you’ve got mega-influencers (500,000 to 1 million followers) and macro-influencers (30,000 to 500,000 followers). While they have a lesser following than celebrities, they have a higher engagement rate. But chances are that they’ll still cost you. So, where is that perfect point that balances price, reach and engagement levels?

This follower range offers the best mixture of reach and audience engagement. This is because, while micro-influencers work within a smaller niche than celebrities, they tend to have a stronger sense of loyalty amongst their followers who trust their opinion within that niche. A study by HelloSociety showed that micro-influencers are 6.7 times more efficient at engaging audiences. However, it is possible to invest into a social media personality with up to 100,000 followers to maintain the balance between reach and engagement.

Micro-influencers also tend to be cheaper to invest in than the higher tiers. If you’re an established company, try offering a package deal that includes freebies or a shout out.

You can also go lower and work with nano-influencers. Having anywhere from 1,000 to 5,000 followers, nano-influencers typically will work for lower rates, and may even work for free to get their name out. Their content is not as polished, but they usually have a strong following.

If you give nano and micro-influencers a chance to work with you, you will have the opportunity to grow alongside them and create a strong brand relationship that can benefit you long into the future.

Did you know that the history of influencers dates back to the beginning of human existence! Check out our blog: A Short Guide To The History Of Influencer Marketing.

So, influencers have strong engagement rates. But what other benefits do they have? Investing in influencer marketing has one of the strongest advantages not held by other forms of digital advertising – they can’t be avoided using ad blockers.

Ad blocking software removes advertising content from digital platforms and was used by 47% of internet users worldwide in 2019. It blocks anything from banner ads and pop-ups to auto-playing video advertisements, and has made an incredible impact on the marketing world as we once knew it.

Influencers have become the perfect answer to combatting this problem. But don’t think influencing was invented to counteract ad blockers – endorsements have been a popular marketing technique for hundreds of years. It’s always been a way for trusted people to promote brands to their loyal fans. But the rise of technology has made it more accessible.

The key reason for working with an influencer nowadays is that their content will always show up to your target audience if they’re following them online. They’re followed for a reason. They could be experts in their field, entertaining, well-known or have some other appeal to different interest groups. If your target audience is following an influencer that you choose to work with, then they will see your endorsement in their feeds.

It’s this connection and trust that doesn’t exist in other marketing methods. You’ve got real content being promoted by real people to your audience that follows them because they trust their opinions. This not only builds your audience’s loyalty with your brand, but with the influencer as well, creating a trusted working relationship between the two of you.

Just because you understand the basics of influencer marketing strategies, doesn’t mean that it’ll work the same way in the future that it does today. The rules are still being created. How it works for each platform and what each post is worth is constantly fluctuating depending on the influencers’ choices and the brands willing to invest in different personalities and platforms.

What we know now might not be what we know in ten years. Influencers used to frequent the popular video-sharing app Vine before it was shut down. But this doesn’t mean they weren’t still famous, as they moved to other channels and grew further. For most, Vine only served to establish them.

With new platforms like TikTok taking over phones worldwide, there’s a lot to be learned for marketers. New influencers are being created everyday and popular influencers are only getting bigger. These platforms should be invested in as early as possible, as they’re only going to grow as time goes on.

Approaching influencer marketing on TikTok is still a learning experience, as marketers scramble to work with the biggest names on the platform. Statistics show that TikTok is climbing the charts when it comes to user base numbers, so it’s likely that it will be a big name in influencer marketing in the future.

And it’s not just the channels for influencer marketing that are constantly in flux, but the popularity of the industry too. It shows a clear trend in the way it’s changing – it has a considerable growth in popularity and the number of marketers that are investing in it. Influencer marketing is expected to become a $10 billion industry in 2020. This statistic comes from an industry that already delivers 11 times higher ROI than traditional forms of marketing.

Like we mentioned earlier, influencer marketing doesn’t have everyone convinced. But if you or your business aren’t considering adapting your future marketing plan to include it, you need to understand that you might be left behind. There’s a reason marketers worldwide – from big names like Coca-Cola to small businesses – are investing in it. It’s because it works and tends to do so a lot better than traditional marketing. Start researching influencers in your area to see what will work for you or get involved with a marketing agency that can help you.

It’s safe to say, influencer marketing reinforces your brand’s reputation and fosters your credibility. To know more, read our blog: Why Influencer Marketing Is Crucial For Your Brand. 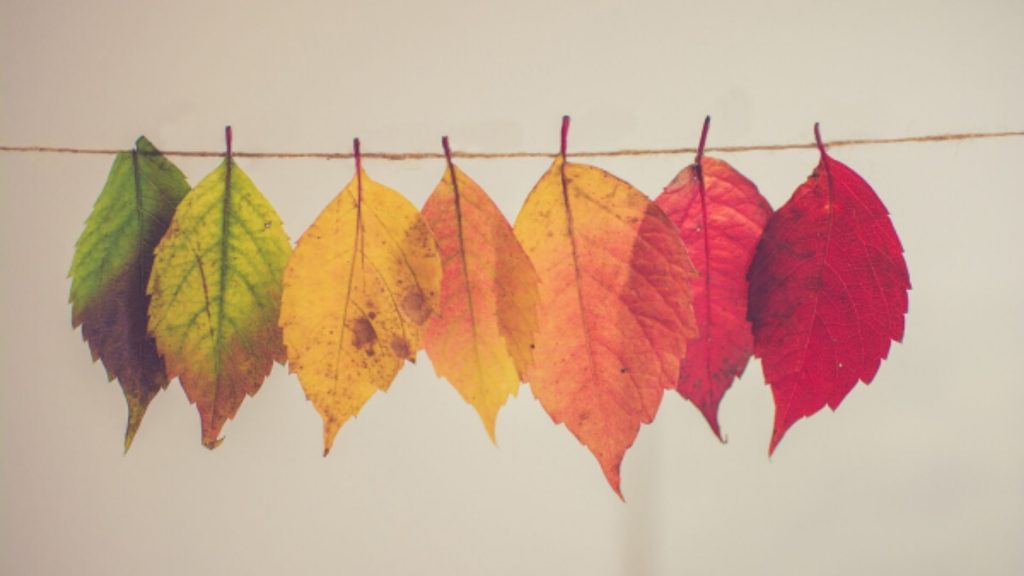 atisfyreach promises the first-ever AI-based platform that retains the authenticity of influencer marketing but removes the time lost. Businesses could run a campaign with over 100 influencers and it would take you less than an hour to set up! atisfyreach AI handles the matchmaking, you deploy your campaign and get full control of the size of influencer, budget, platform and promotion type.

Get everything you need to know about influencer marketing in our ultimate guide here: The Ultimate Guide To Influencer Marketing: Everything You Need To Know

We know it’s hard to invest in a new marketing method but the team of specialists at atisfyreach, and their proven experience are ready to guide you through it.

Get in touch with us today! 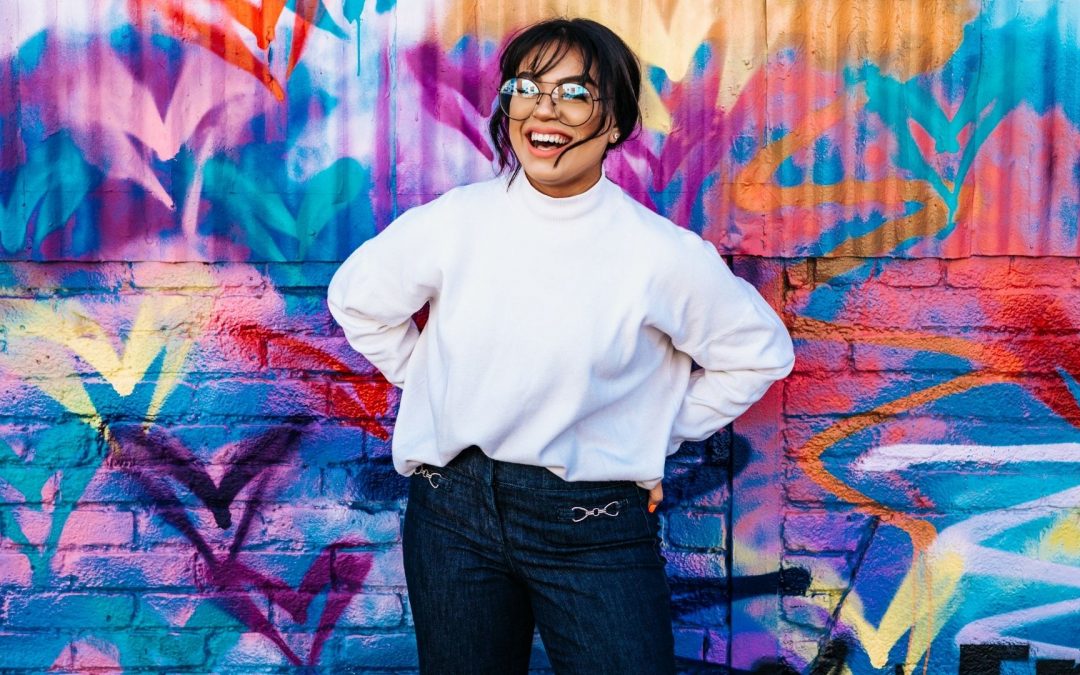 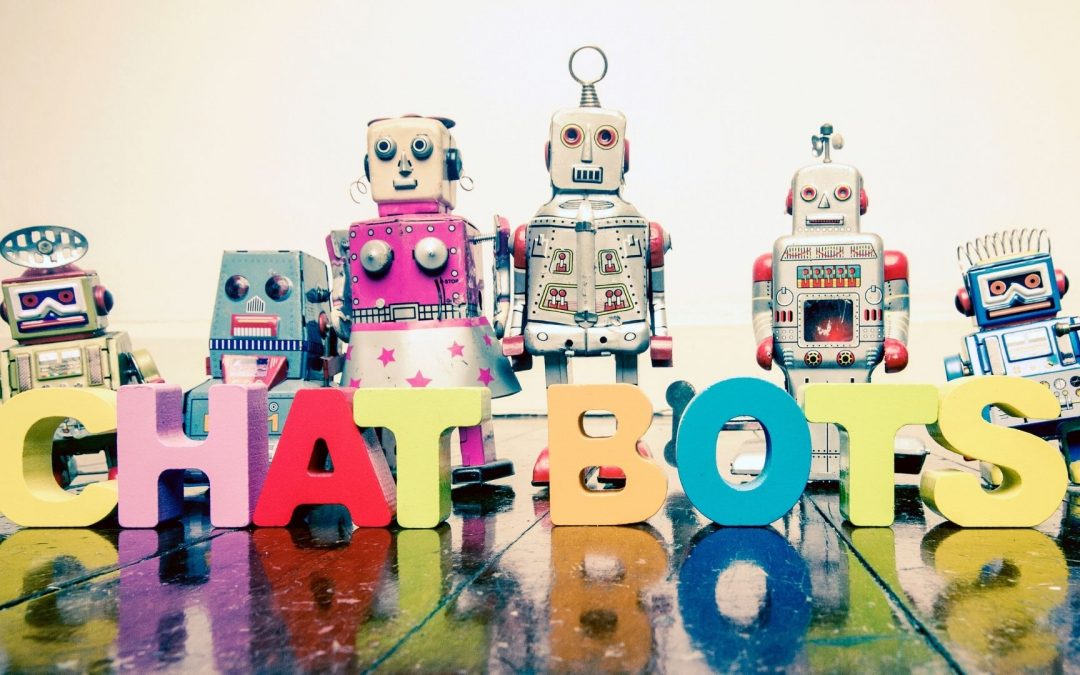 The Complete Guide To Mastering Chatbots To Market Your Brand

The idea of incorporating robots into your marketing mix is a little bit intimidating.... 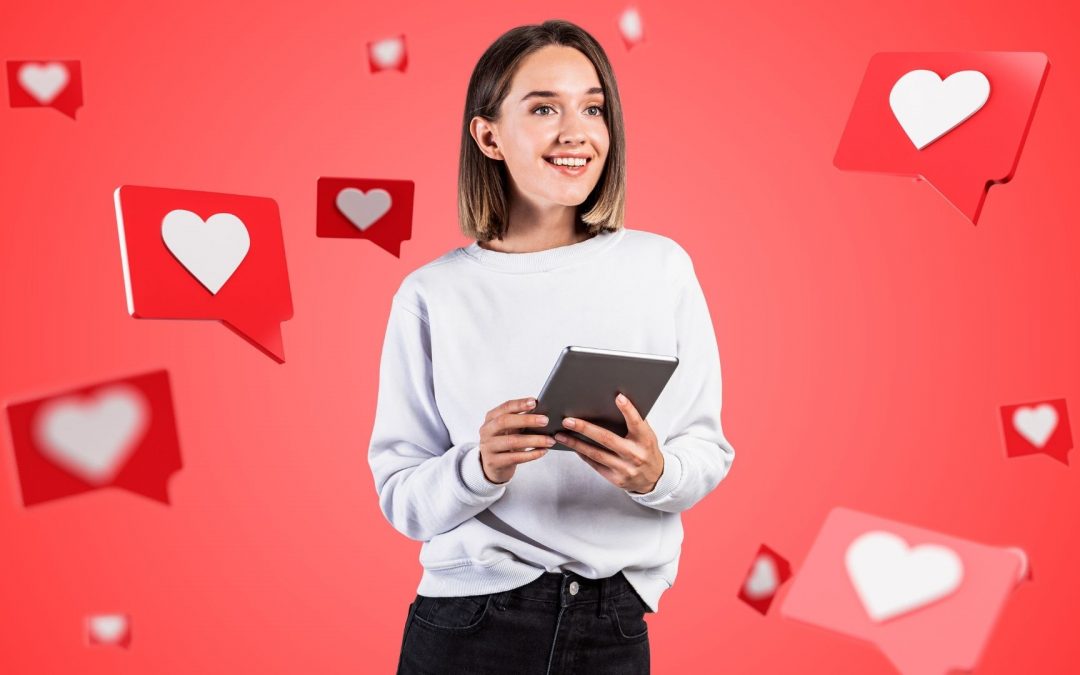 How To Choose The Best Social Media Channel For Your Campaign

There are two certainties when it comes to marketing today. The first is that social...