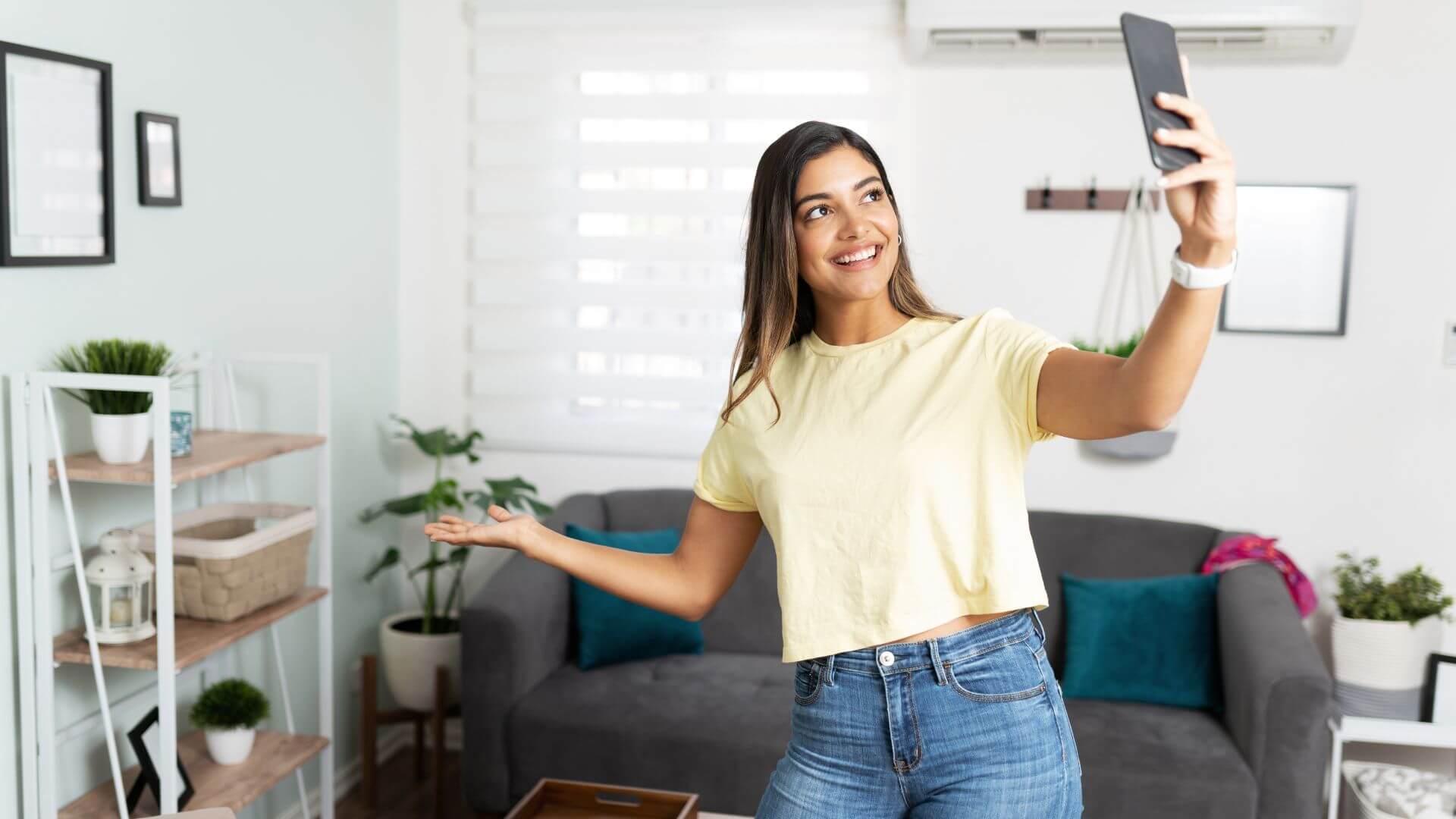 Go Viral With Nano-Influencers (Yes, You Heard Us Right!)

The global influencer market is predicted to grow to 24.1 billion USD by 2025. Influencer marketing’s worth has increased so much that many brands are owned by influencers today. And one of the determining factors we resort to while choosing a perfect influencer for our brands is the follower count. We always chase content creators with a high follower count, anticipating a wider reach.

While macro-influencers can enhance your social media visibility, nano-influencers are equally powerful. They are witnesses to the fact that a smaller follower count is never a limitation! Though nano-influencers only have 1000 to 10,000 followers, they can significantly boost your brand awareness and drive sales.

Continue reading this blog as we dive deep into how nano-influencers can get your exceptional brand results that celebrity influencers can’t!

Nano-influencers are typically social media users having less than 10,000 followers. Though their follower count is not as high, they produce authentic content their fans resonate with. This is why brands that work with nano-influencers have a higher engagement rate. These influencers’ content cuts through the gloss and isn’t heavily stylized as the content of celebrity influencers.

Kalan Laws, Jill Smoker, and Teresa Vandervort are the topmost examples of nano-influencers. 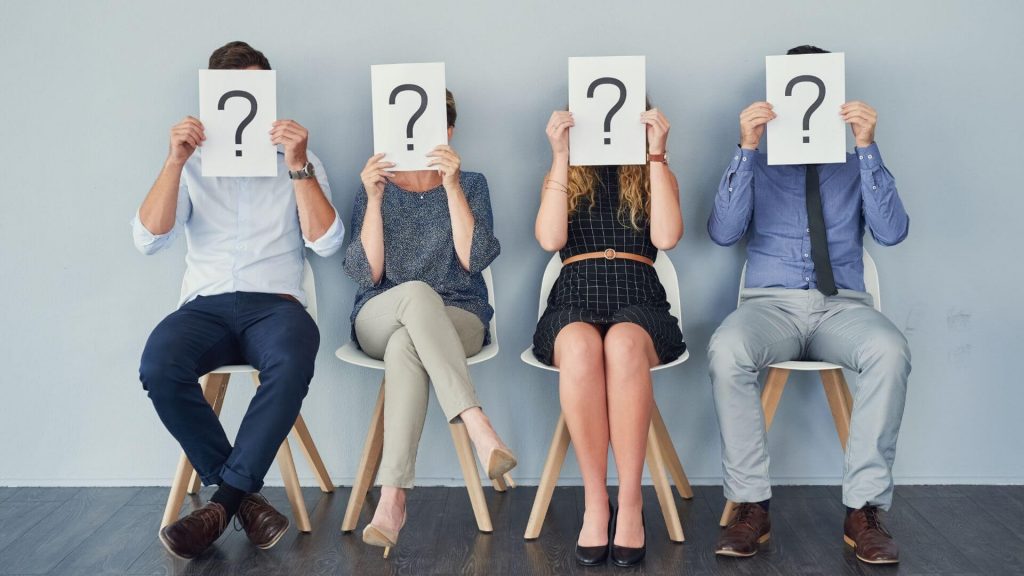 How Can Nano-influencers Make Your Brand Go Viral?

Here are the four critical reasons nano-influencers have the potential to make brands viral.

1. They are more relatable

Nano-influencers post authentic content that daily social media users highly resonate with. Therefore, they are incredibly relatable. Contrary to macro or celebrity influencers who the audiences don’t know personally, nano-influencers are more like friends. Since they have similar interests as their followers, they can offer personalized help and advice to their target audience.

Nano-influencers are also approachable and enjoy engaging with their audience, as it helps them create a lasting bond with them. They invest time in writing personalized replies to people’s comments, which most macro influencers fail to do. Such quality interactions have a more substantial impact on the audience, leading to higher engagement rates.

2. They are more cost-effective

Small-scale influencers benefit small to medium businesses that can’t afford to partner with high-end influencers. Content creators with a higher follower growth have exorbitant fees that most companies can’t afford. For such, nano-influencers are the pocket-friendly yet equally effective solutions.

Furthermore, nano-influencers are cost-effective also because they are ready for collaborations that don’t offer monetary benefits but free products. Often, money isn’t part of the deal for them, and they consider free products a fair compensation. They use these products and share honest reviews on social media, boosting brand awareness and driving more sales. At the same time, some nano-influencers earn proceeds from affiliate links.

The best part is that since nano-influencers don’t have high rates, you can diversify your investment and hire multiple influencers. This way, your ad campaigns would yield more fruitful results.

3. They are perfect for targeting hyper-niche audiences 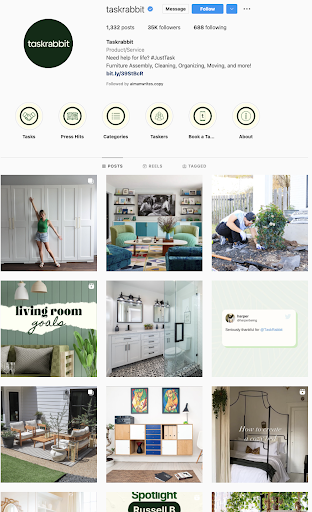 Figure 1: An example of a niche business. Source: TaskRabbit

Interestingly, many brands that use nano-influencers belong to an uncommon, hyper-niched industry. This is because of nano-influencers target niche audiences. Nano influencers’ smaller follower count is usually due to their obscure niche that doesn’t appeal to a wider audience. But brands get positive results when collaborating with creators that align with their specific niche.

Since nano-influencers have a targeted audience, their followers are highly engaged and pay attention to their content. Therefore, there are higher chances of gaining more visibility and conversions when a nano-influencer features your brand in its content. And this helps brands create a community of like-minded, niche audiences, leading to long-term trust and connection.

4. They are typically more authentic

Unfortunately, social media is inundated with unauthentic content today. And modern customers are experts at spotting fake content. On the brighter side, nano-influencers are the most authentic type of influencers. And since authenticity and trust go hand in hand, nano-influencers can drive more traction for your brand.

What’s also beneficial is that nano-influencers aren’t after a high follower count. Therefore, they don’t engage in mischievous social media activities, such as investing in fake followers. They are more interested in connecting with their audience and posting high-quality content — regardless of how many likes and comments it gets! This adds to their authenticity and reliability and attracts notable brands.

Additionally, their lack of broader reach is compensated by their sincere opinions on essential matters and product reviews. And since they carefully choose which brands to collaborate with to avoid disappointing their audience, their profile is less cluttered with ads. To that end, they have enhanced credibility. And when they do upload sponsored posts, it gets serious attention, and the followers are ready to take the intended action.

The excellent news for nano-influencers is that new growth and monetization opportunities are on the way! Many brands are coming up with innovative ideas to compensate their influencers for their hard work and efforts. Even popular social media platforms have realized the value nano-influencers bring to the table and are transforming into more creator-friendly spaces.

The four most common ways to incentivize nano-influencers are:

Regardless of your payment method, ensure the compensation is fair and the deal mutually advantageous.

2. Nano-influencer partnerships for the win! 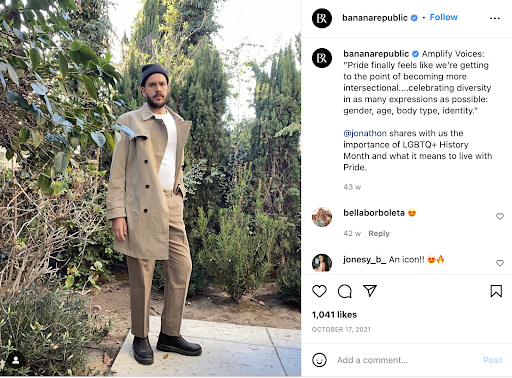 Another exciting trend is that brands are not letting nano-influencers go even after the campaign ends. They are turning one-time collaborations into long-term partnerships, as nano-influencers offer enhanced discoverability and brand exposure. To that end, businesses are making nano-influencers their brand ambassadors. And becoming the face of a brand is a breakthrough in these influencers’ careers.

Additionally, brands invest in product seeding to keep working with influencers for longer. They send free products to these influencers but without any prompts to promote them. However, most nano-influencers post organic content anyhow if they like the product. This increases brands’ conversions and sales.

One of the ways to go viral is by uploading high-quality, believable user-generated content (UGC). Don’t limit yourself to influencer-generated content; utilize posts your brand fans upload on social media. Often, these fans have a higher follower count that can give you more exposure. So, search for your brand name on social media platforms and analyze the content uploaded around it. You can even use social listening tools to track brand sentiment in real-time. 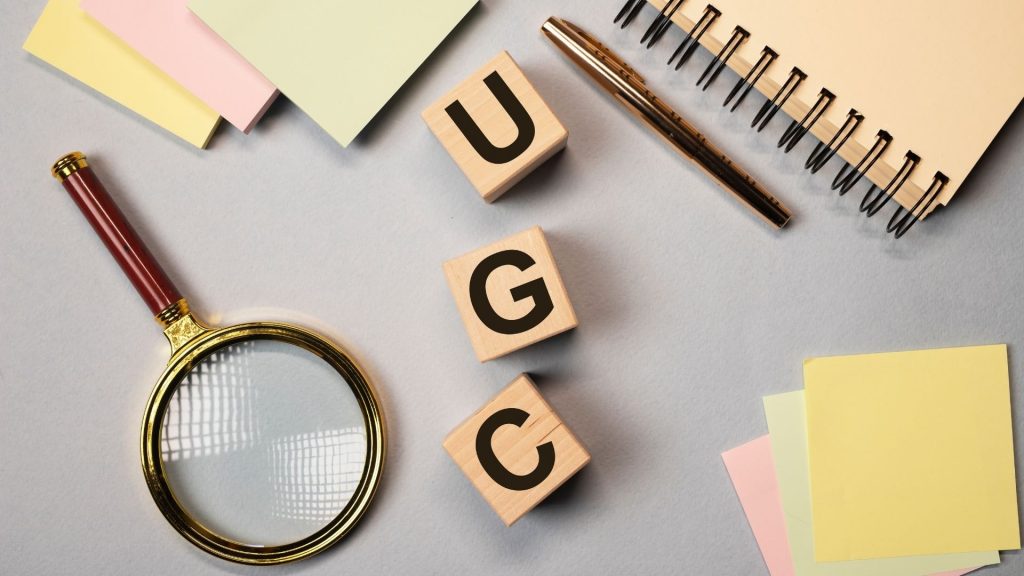 Get Connected To Top-Notch Nano-Influencers, Right Away! 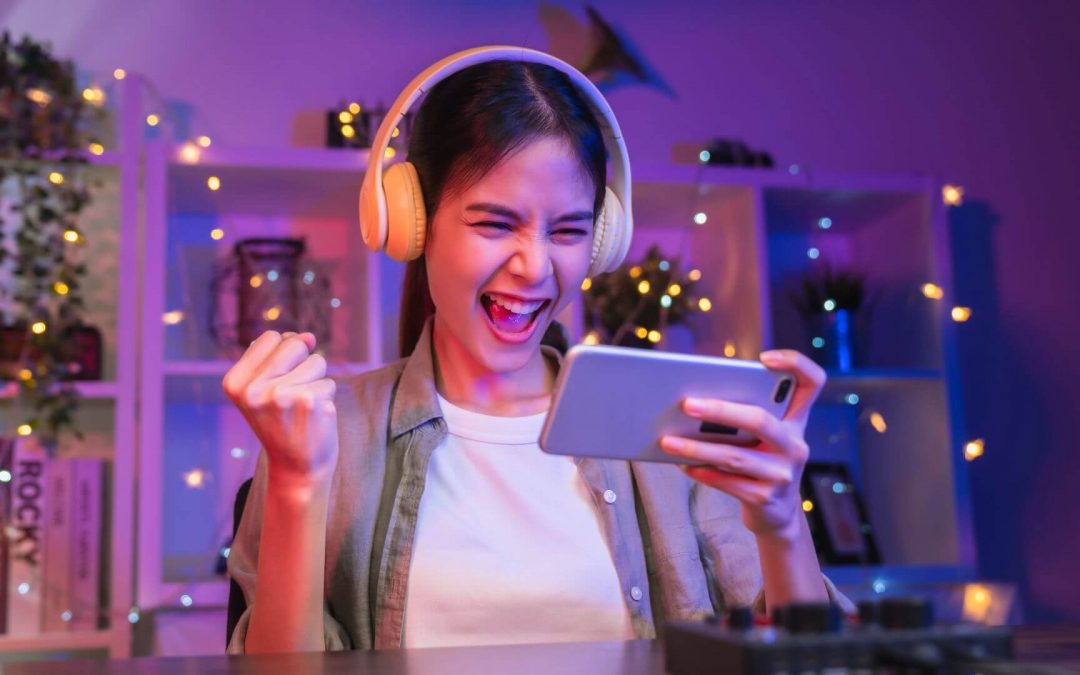 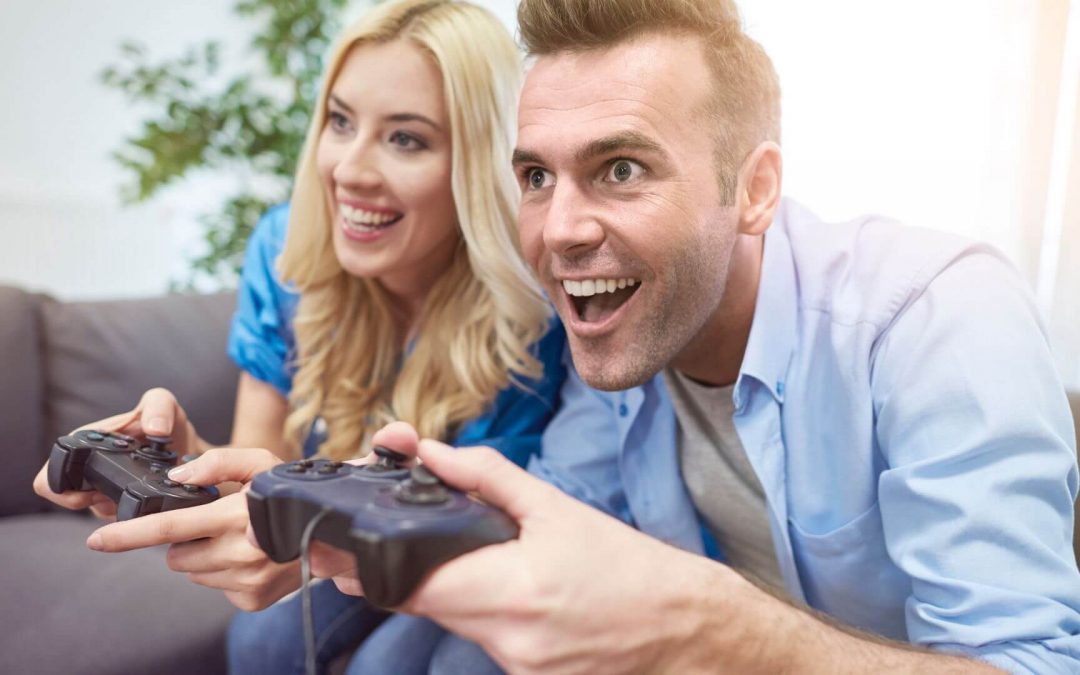 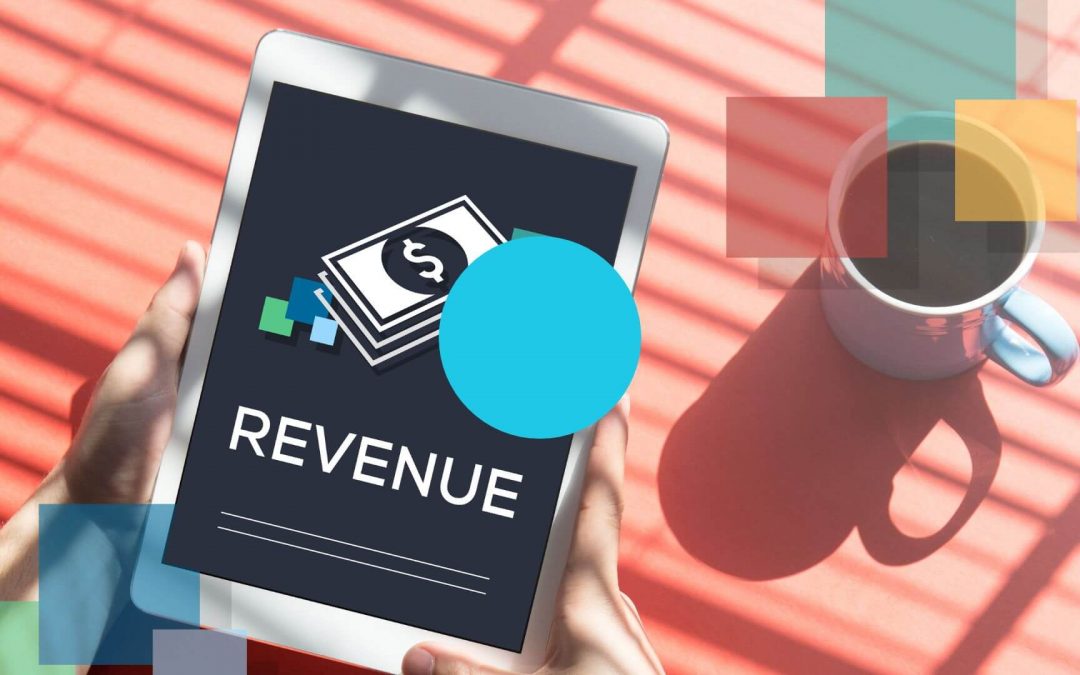